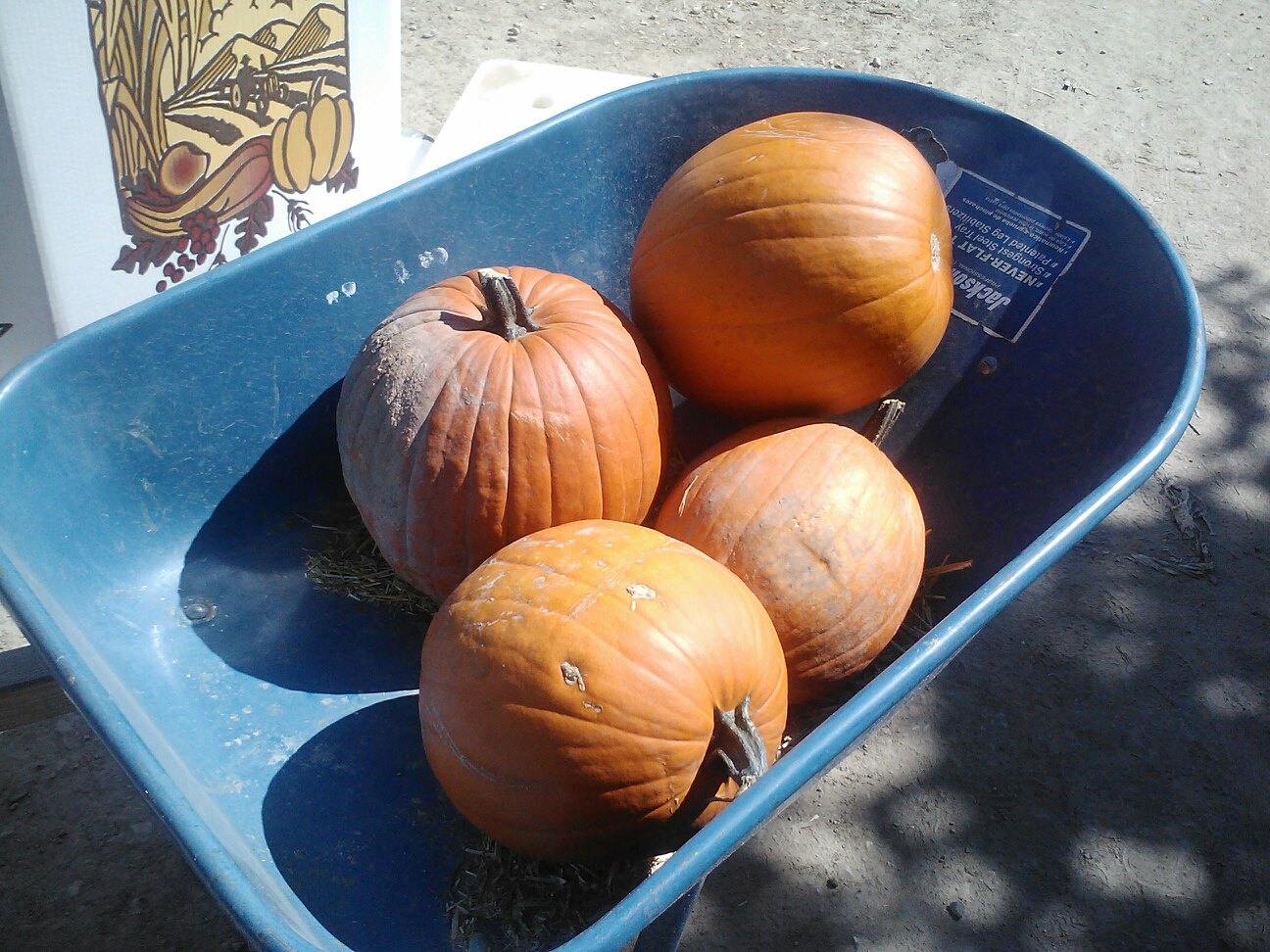 This is only my first batch!

Well, being that it is officially pumpkin season, and because I have gotten my hands on some pumpkins that are excellent carving pumpkins, I have gotten to try out some new, and difficult carving techniques.

I decided a while ago that I wanted to try to sculpt “Bane” from the movie, The Dark Knight Rises. And also, thanks to my cousin Amanda who is constantly posting Batman/Bane related images on her Facebook feed, it served as a huge inspiration for this project. (Thanks Amanda! 😉 )

Now, I’m not sure why I’m so drawn to incredibly complicated designs, sometimes not even being sure I will be able to execute them properly….but as they say, “No challenge, no reward.”  (Ok, I’m not sure who actually says that. I just made it up).  Anyhow, I’ll quit rambling and just show you the pumpkin:

And if you are not familiar with the the character Bane from The Dark Knight Rises, here is a side by side photo: 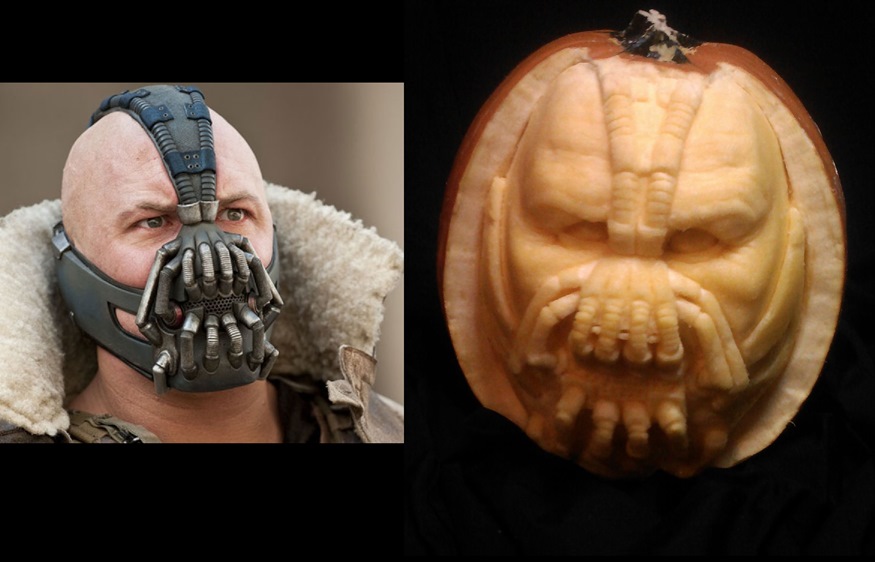 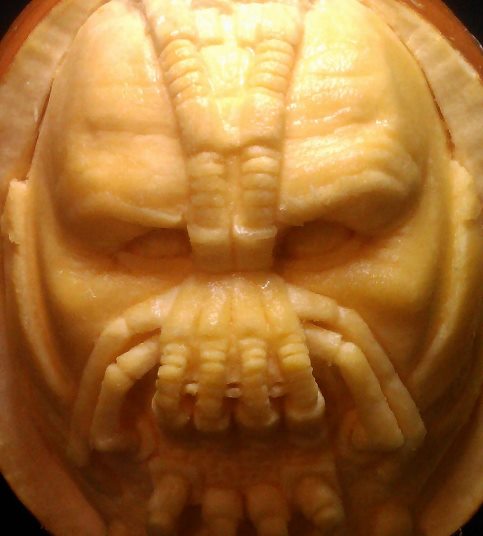 The mask involved an insane amount of detailed work and took about 8 full hours to complete (I am still learning how to create very fine details with a paring knife among other things.) You’ll have to excuse the eyes and the lack of depth in the overall face – you just never know how deep a pumpkin’s wall is going to be until you cut into it. Having said that, the eyes were already thin as it was, so I decided to leave them the way they were, sans pupils. Anyhow, this pumpkin didn’t come out too shabby – It’s all just for fun anyway!

And speaking of fun, here is a time lapse video I created that shows the entire sculpting process of this pumpkin! Hope you enjoy!  And feel free to share it with anyone and everyone! 🙂