From time to time I find two art supply products that are so similar that, instead of reviewing them individually, I put them up against each other to see which brand performs better and which is the overall better value. So for today’s throwdown, I have selected the Studio 71 Pencil and Brush Organizer to put up against Loew-Cornell Multi-Bin. Find out who will reign supreme…..

Ladies and gentlemen, welcome and good evening. It is now time for the main event. 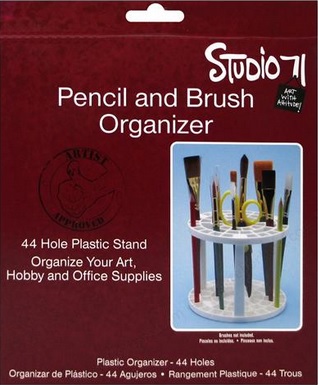 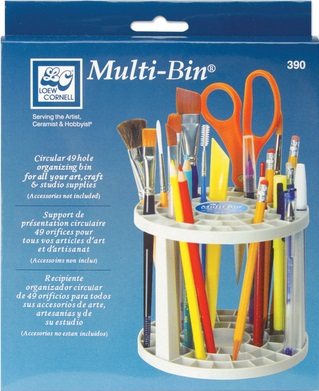 So these two brands of paintbrush organizers had me immediately thinking….why so similar? At first glance they seem almost identical. When you look at the picture on the boxes there is not much difference in function or design, and they both have almost identical dimensions. But I guess the “why” isn’t as important as the “how,” as in “How do they function and perform overall?”

Now here are their similarities:

I love all these features on both of them.

However, the first difference I noticed right away was that the Studio 71 Pencil and Brush Organizer box said it had 44 holes while the Loew-Cornell Multi-Bin box said it contained 49 holes.  (Oooh, so the competition heats up…..)

But upon closer inspection, the only reason the Studio 71 Organizer has fewer holes is because they decided to sacrifice quantity for function – meaning, you ultimately get fewer holes to store your paintbrushes in, but you actually get the same exact amount of space AND various sized holes to store your larger paintbrushes or other supplies such as scissors. Come to think of it, you actually get more space with the Studio 71 brand; In the photo below, you’ll notice that the Loew-Cornell Multi-Bin has no variation in hole sizes, and also, the middle is closed off with their logo leaving wasted space, in my opinion. As opposed to the Studio 71 Organizer in which the middle is hollowed out (which is a HUGE plus) so you can store even MORE items!: 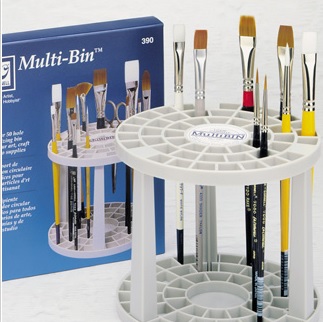 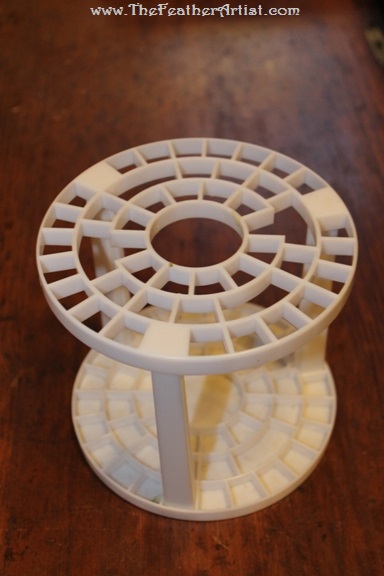 A closer look at the Studio 71 Pencil and Brush Organizer. 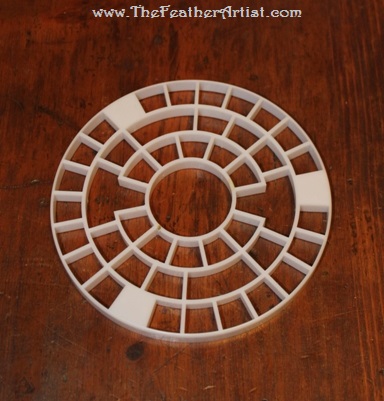 A better view of the top of Studio 71’s Organizer. You can easily fit

For me, the Studio 71 Pencil and Brush Organizer wins hands-down:

(Sometimes it’s the smallest things that make the biggest difference! I have had mine for a few years now and I love it!) 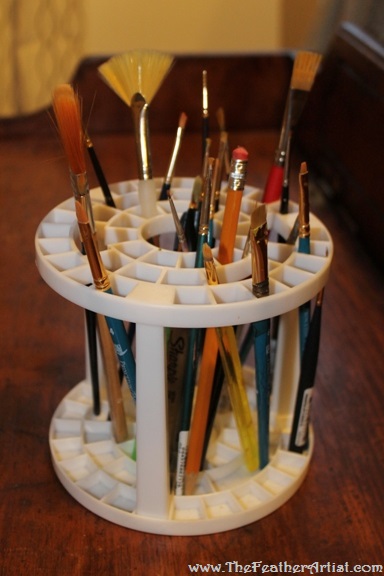 My Studio 71 Pencil and Brush Organizer

Do you own one of these brands of paintbrush organizers? Love it or hate it? Leave us a comment letting us know what you think about it!

If you’d like to see two brands of similar art supplies go toe to toe on TheFeatherArtist.com, just send me an email with your idea! Or feel free to leave it in the comment section below! 🙂