Posted on November 1, 2012 by The Feather Artist 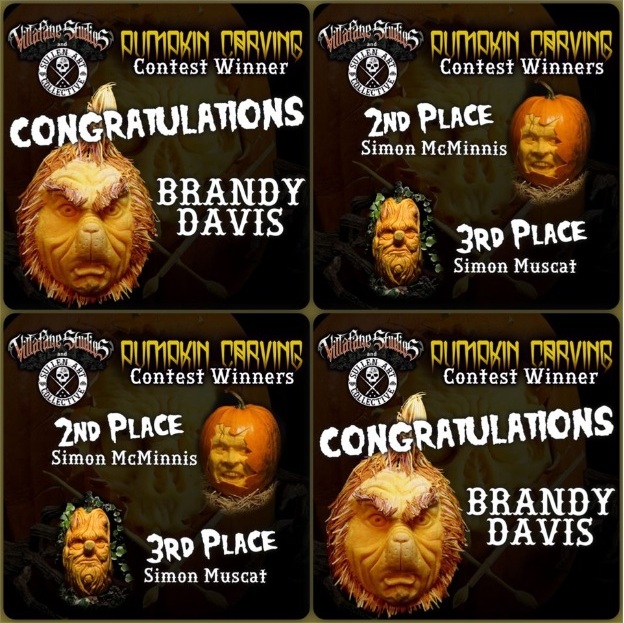 There were so many creative entries this was a rad contest and hard to choose. Thank you to all of our over 200 entries! To see them all check out the gallery on here & the #sullenvillafaneCARVE2012 stream on Instagram. — at Sullen Clothing.

So for those of you who do not know, during the month of October I entered a few of my pumpkin carvings into the Sullen Villafane Studios CARVE 2012 Fan Art Contest. My “How the Grinch stole…Halloween?” pumpkin won 1st place! 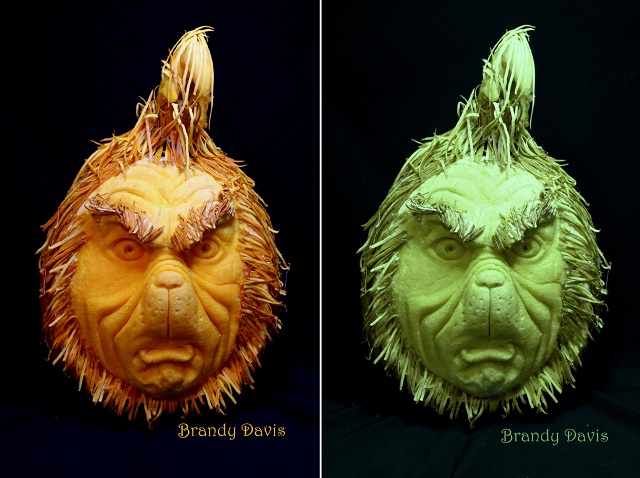 I am still amazed that my pumpkin was chosen as the winner! Now, I am not discounting my abilities as an artist – and not to mention, a lot of time, effort, and planning goes into each one I create – but to be realistic, there really were many awesome pumpkin carvings entered in by many talented artists. Here are my personal favorites by: 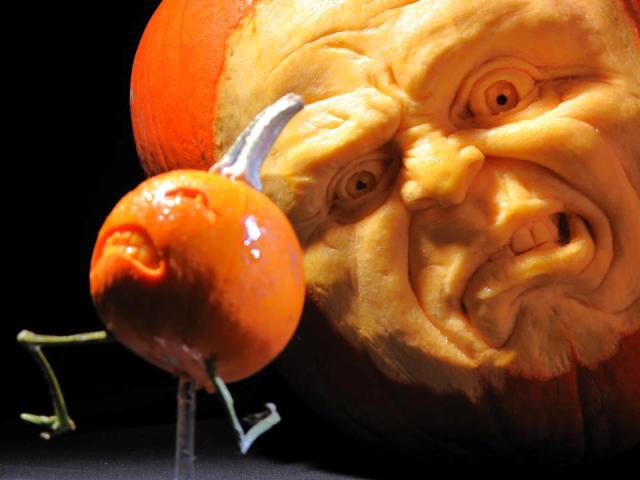 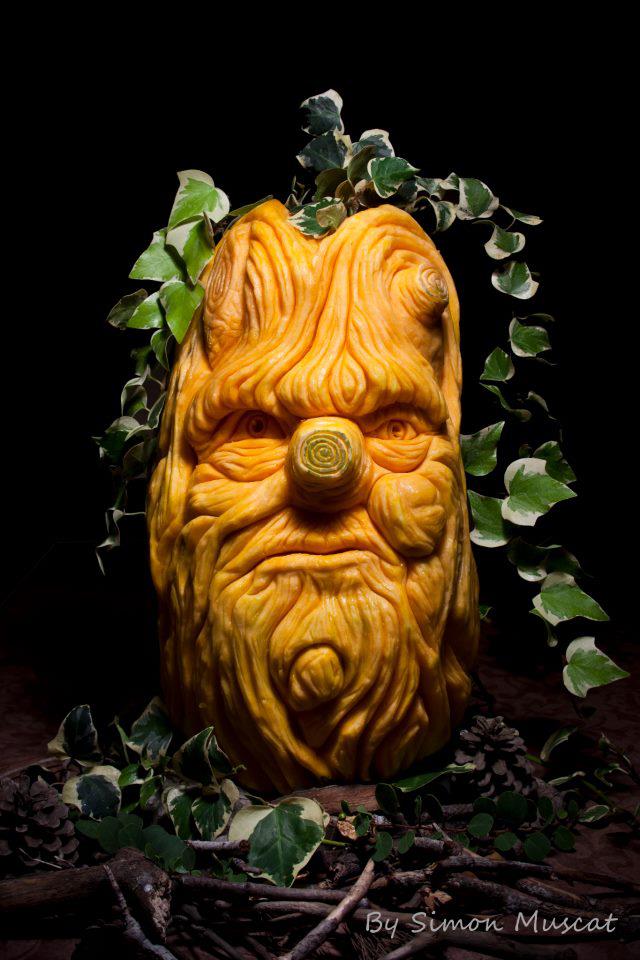 Look at Simon’s attention to detail here! And not to mention – a very original idea! 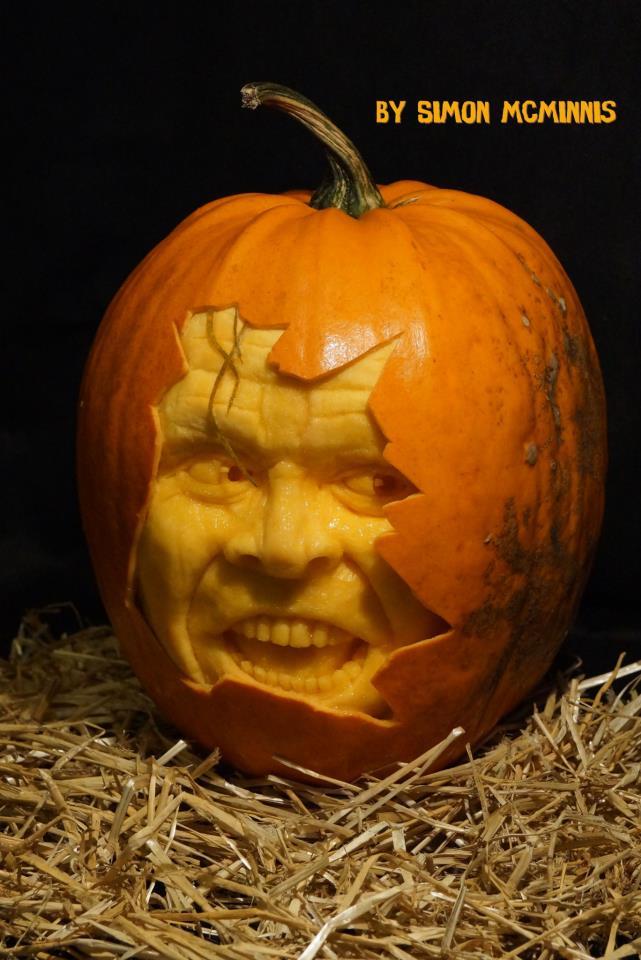 And there were many more awesome entries! The judges truly had their hands full! Speaking of which, the judges were these guys below – the army of master pumpkin carvers over at Villafane Studios….yeah, that wasn’t intimidating at all…(yes, please sense the sarcasm! 😉 )

The team at Villafane Studios. And if you are wondering, that zombie they are standing next to – ALL made of pumpkins and gourds! Insane, huh?

I’m still not quite sure how they chose a winner, but whatever “x-factor” they saw in my pumpkin continues to make me smile from ear to ear!

Being that we could enter as many pumpkin carvings as we liked as often as we liked, competition was fierce up until Oct. 30th when the deadline for entries had approached. Every few days I’d see a fantastic new entry by someone that would keep me on my toes and motivated to carve another pumpkin and keep me wanting to see how far I could push my newly acquired pumpkin carving skills (I’ve only sculpted 7 pumpkins like this to date, so it was a huge learning experience for me).

But I must admit, about halfway through the contest it was no longer about winning a prize for me – it was about the whole experience and excitement of coming up with new ideas and getting a vision in my head of my next project and being able to bring that vision to fruition. I got to push my limits as an artist and I learned a few new skills and techniques along the way. I think that is the beauty of competition – if you do it right, win or lose, you will always walk away as a better person than you started.

Having said that, I’d like to send a big thank you to Sullen Clothing and Villafane Studios for putting on this contest and for giving us these amazing opportunities to explore our true potential as artists!

This entry was posted in Pumpkins. Bookmark the permalink.

One Response to WINNER of the Sullen Villafane Studios CARVE 2012 Fan Art Contest!